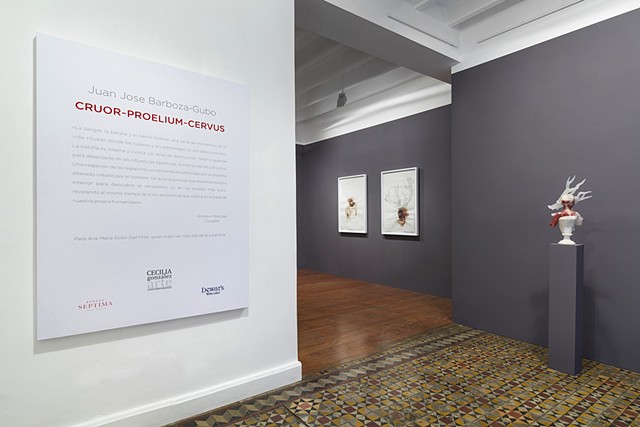 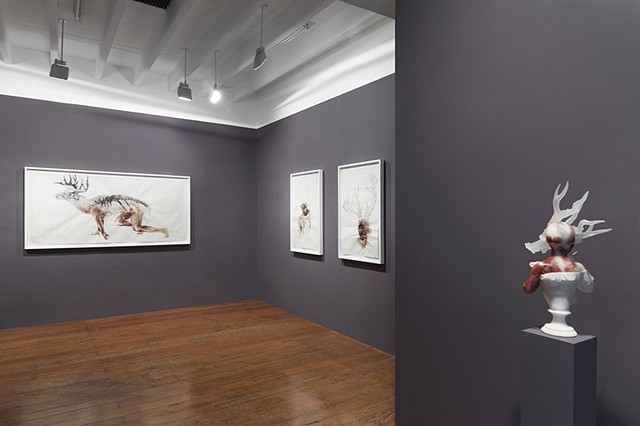 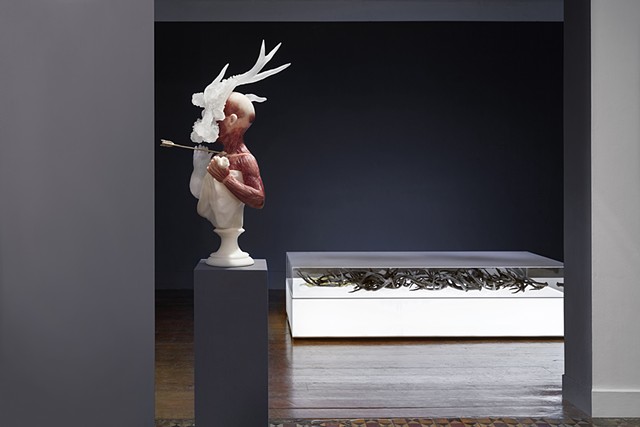 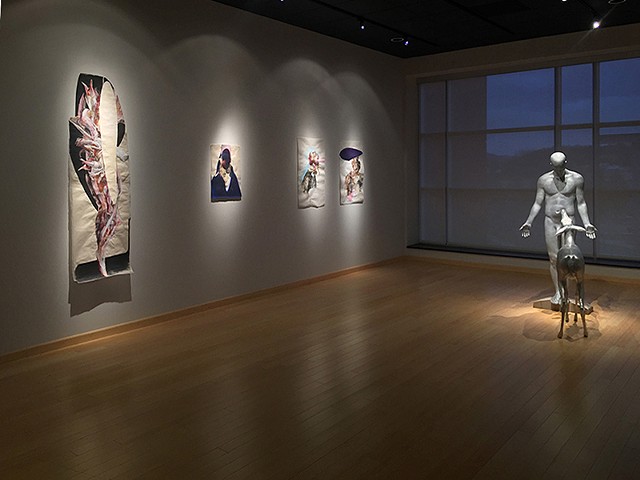 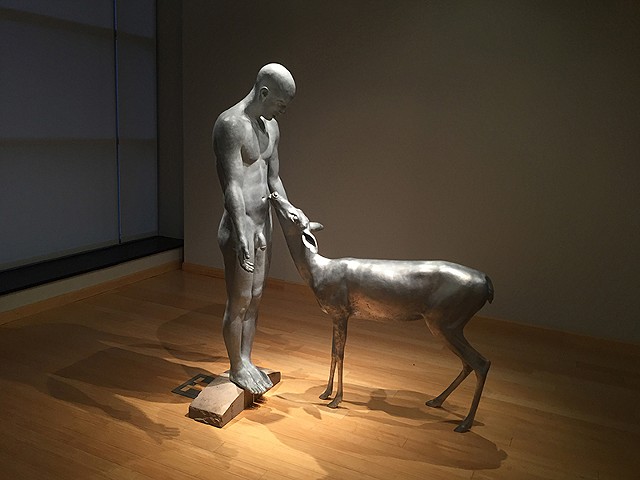 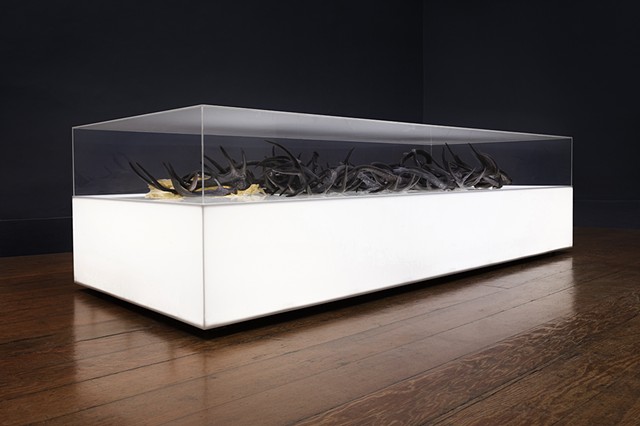 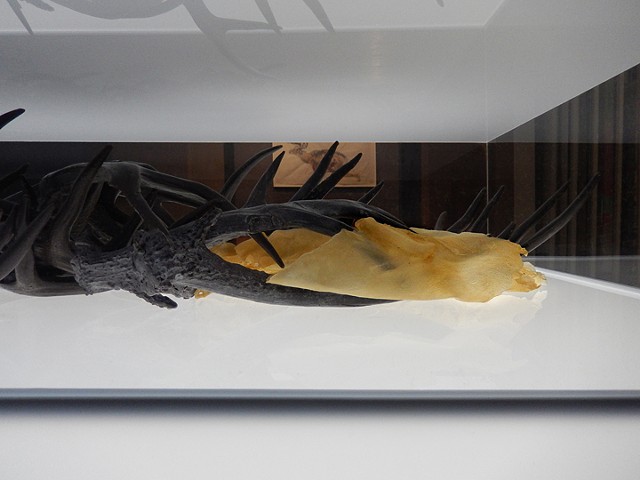 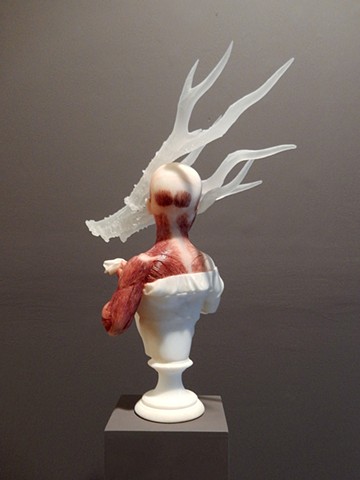 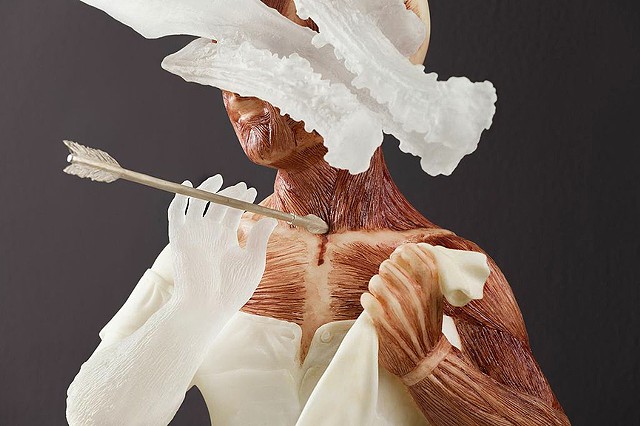 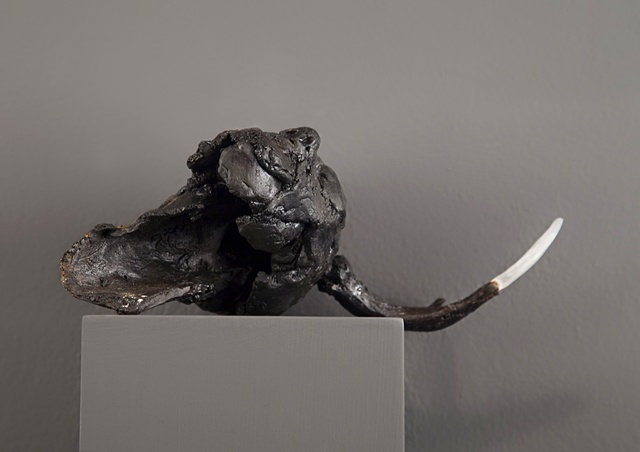 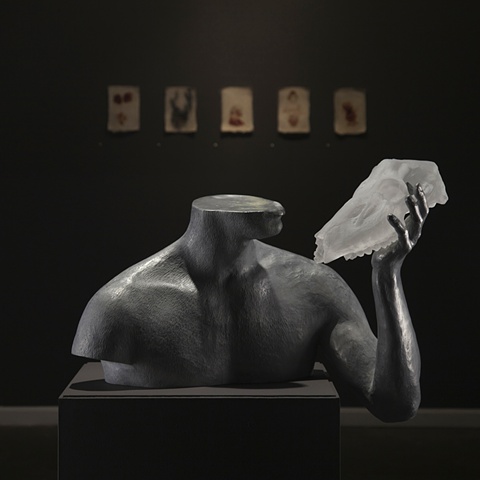 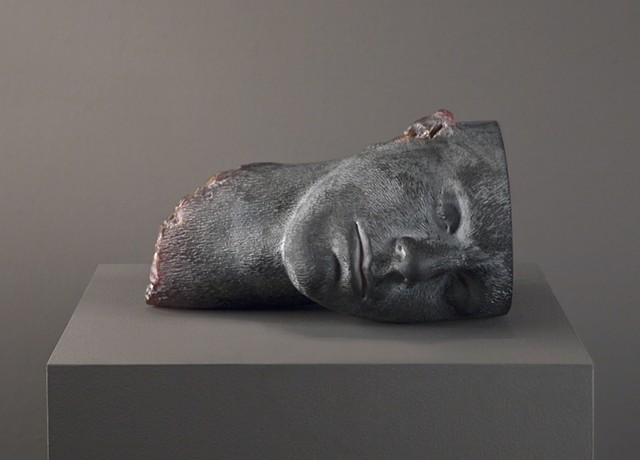 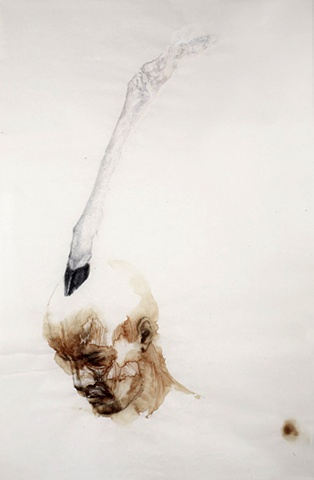 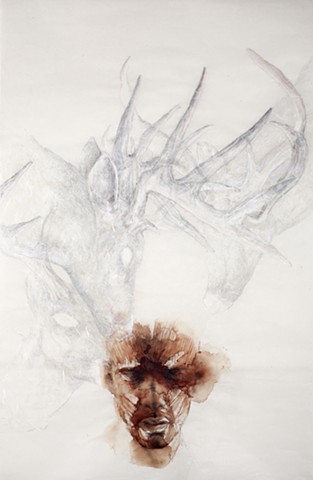 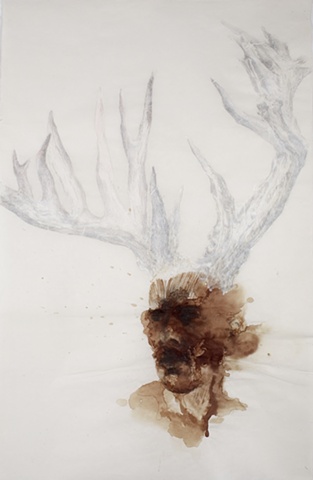 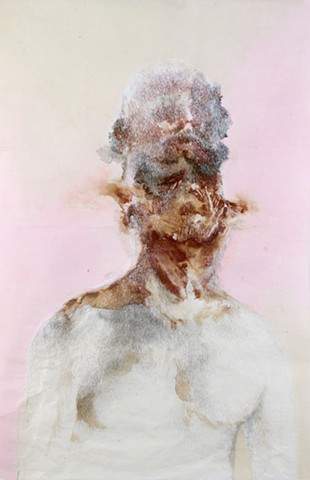 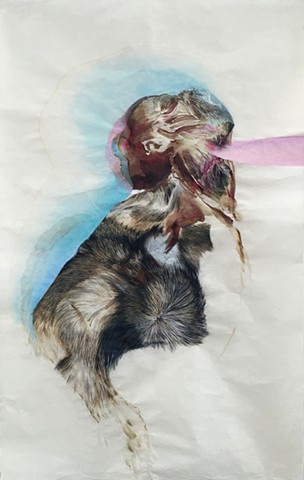 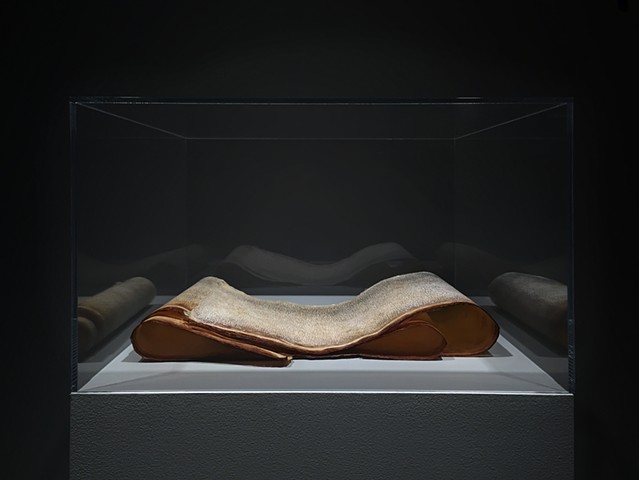 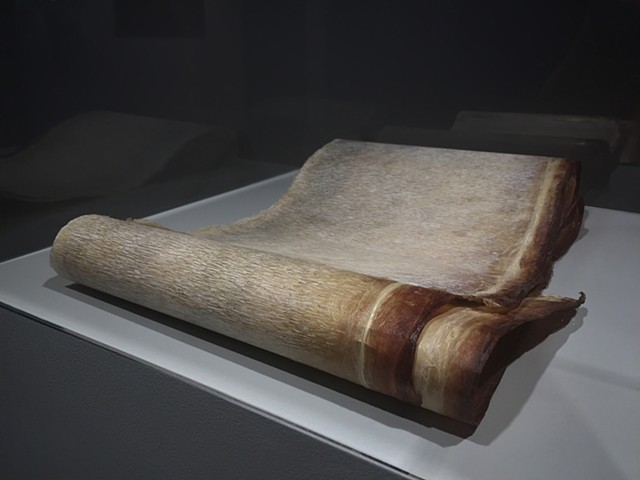 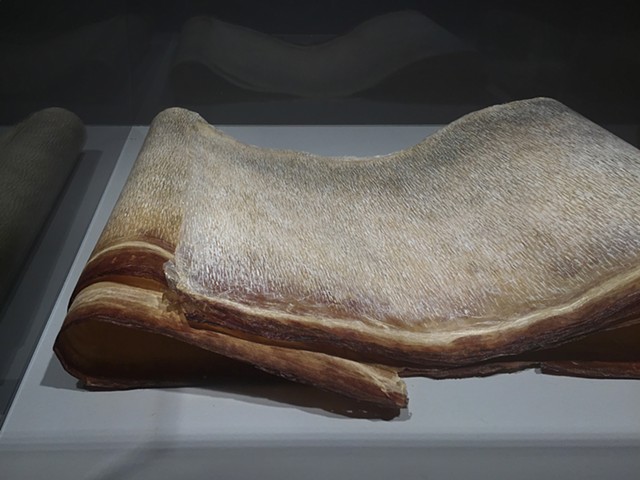 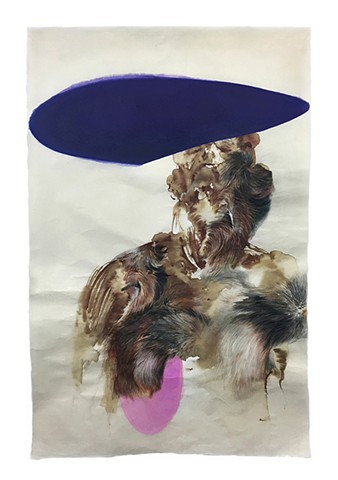 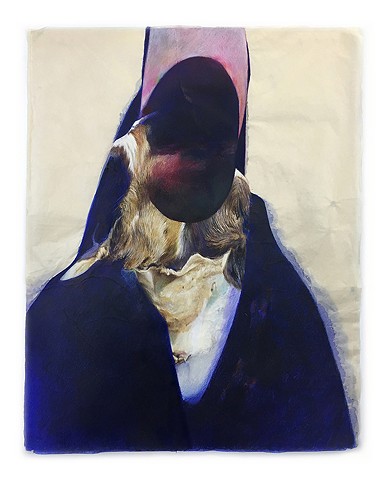 He has made something for you, for us. It’s like a mirror, one that he’s gazed into. And he wants you to see through his eyes. He’s peeling back the layers and searching within the deepest, wettest recesses of his body; the place where the tension, the churning, and the pumping of blood and muscle meet tissue and bone. It is here where his soul resides, buzzing and humming, confined within a protective skin, shaped in the likeness of himself. You see, the humming has been muffled, buried under expectations and influences that are not his own. This silencing has begun to destroy his identity, deluding it into transparency. He wants you to see that, now, he’s rejecting the sideways glances, the judgments and the rules… he wants to hear the sound of his soul again.

He has manipulated translucent paper with pigments of his own blood and created moments so heavy, they outweigh a thousand totems. He has liquefied crystal, filled canyons with glass, and broke apart their rough, textured shells… he found his face: clean, red, and honest. This is a story without ego, where his mirror is yours, it is ours. It is an offering, an unveiling. It is the new violence, the violence of truth.

The blood, battle, and deer illustrate a series of moments in life, a rite of passage where the places and characters are not unfamiliar. The battle is internal and it is cyclical. It is an act of destruction, a slash-and-burn method to shed the layers of oppressive influence, manipulation, and judgment. It denies the rules established by the often profane system of man-made principles. It is a spiritual act of turning yourself inside out in a quest for purity and truth. It is here where I reveal the existential crisis that speaks to the core of our own humanity. It is here where I bring the transformation home, where my journey began.